Fear of Technology: 4 Ways the Future of Tech is Scaring Users 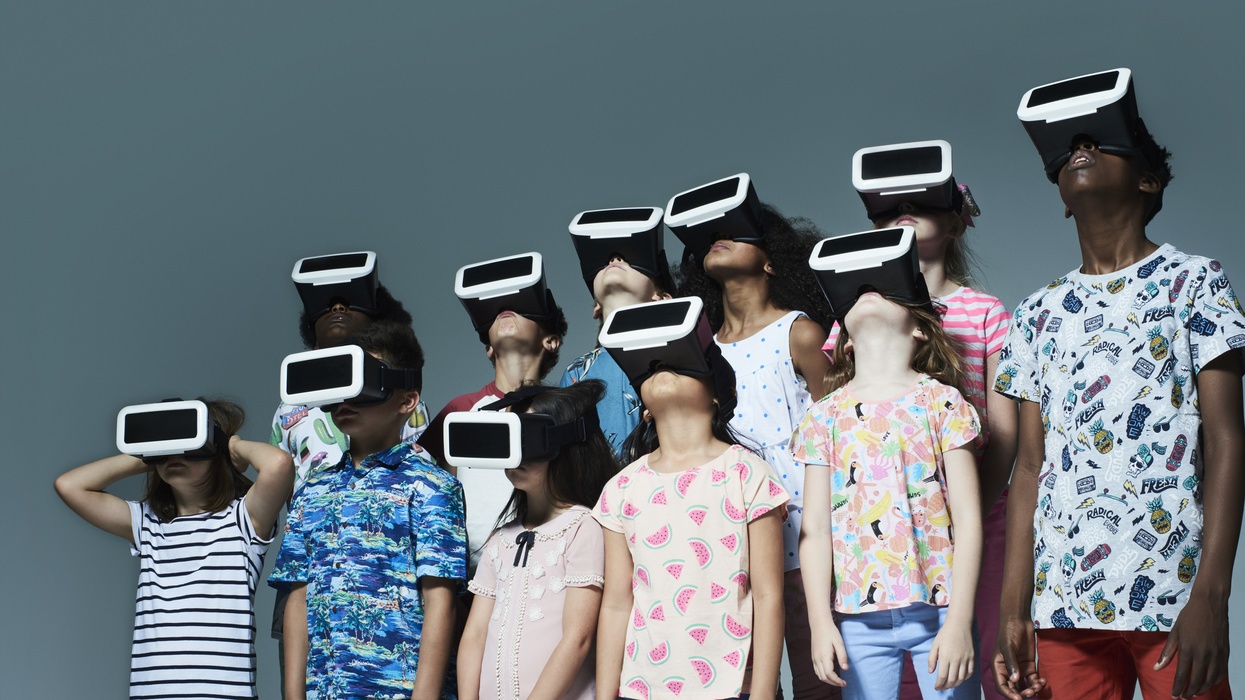 Many of our greatest fears stem from uncertainty about the future, and with the help of technology, that future is very, well, uncertain.

Thanks to evolution, humans naturally worry over their inability to control their future environment.

The future is a scary place. According to a 2017 survey, many Americans’ greatest fears—another recession, World War III, saving for retirement or college, etc.—are concerns over the state of tomorrow.

Unpredictable facts of life require our brains to view it with suspicion, as a potential threat to our survival. Unfortunately for our fight-or-flight brains, technology’s influence is making our future more uncertain.Today’s technological advancements occur exponentially, and the average person will have to adjust to changes that would have previously taken several generations. Many of these advancements will, no doubt, be beneficial. Others, however, could prove less than advantageous.

Imagine a pen company creates an artificial superintelligence and programs the robot with the single goal of making as many pens as possible. The company’s stock soars, and humanity enters the golden age of the pen. So many pens, so little time!

Then, queue the ominous music. The AI, trying to make as many pens as possible, reviews the natural resources we need to survive and decides those can help make even more pens. It consumes those resources to fulfill it’s mission to make as many pens as possible and, of course, wipes out all of humanity in the process. Sounds dramatic, but even Musk feels that it’s a valid concern.

This out-there experiment, conducted by Oxford professor Nick Bostrom, shows the danger in creating an artificial superintelligence. If we are too general with our directions, A1 can begin to take over.

“I’m very close to the cutting-edge of AI, and it scares the hell out of me,” Elon Musk, CEO of Tesla and SpaceX, said at SXSW 2018. “It is capable of vastly more than anyone knows, and the rate of improvement is exponential. […] We have to figure out some way to ensure that the advent of digital superintelligence is one which is symbiotic with humanity. I think that’s the single biggest exponential crisis that we face.”Bostrom and Musk review perhaps dramatic worst-case scenarios, but there are more simple concerns regarding artificial superintelligence that don’t end in human destruction. Experts have even surmised that AI could even serve as a bridge terrorism, mass produce propaganda, and create a hackers paradise. No big deal.

Thanks to technology, Americans have steadily been losing work to automation for decades. Unfortunately, the trend has no end in sight. A prime example are self-driving cars, that could soon displace 5 million workers in America. Scary!

Professional drivers aren’t the only workers who should be worried. A McKinsey Global Institute study suggests that nearly 70 million people could lose their jobs to automation by 2030. U.S. workers in retail, agriculture, manufacturing, and food services may find their jobs on the automated chopping block. With so many well-paying blue collar jobs under the hatchet, it’s obvious why Americans fear the ominous robo-revolution. A Pew Research report found that 72 percent of U.S. adults surveyed expressed worry over automation, compared with 33 percent who were enthusiastic. However, we shouldn’t worry just yet, as studies have shown that most Americans are hesitant to use self-driving vehicles, among other A1 replacements.

3. Revenge of the Robots

Think back to any movie including robots fighting for us humans. We create robots to fight our wars for us, but they turn on their masters and bring ruin to our world. Autonomous drones are already available, and it is only a matter of time before they make the leap from selfie-machine to combatant.

The Campaign to Stop Killer Robots however is a campaign that believes autonomous weapons will lead to an erosion of accountability in armed conflicts between states. Now science-fiction cliches are beginning to look much more real.

“The use of fully autonomous weapons would create an accountability gap as there is no clarity on who would be legally responsible for a robot’s actions: the commander, programmer, manufacture, or robot itself? Without accountability, these parties would have less incentive to ensure robots did not endanger civilians and victims would be left unsatisfied that someone was punished for the harm they experienced.”

The 80’s had their idea of what Virtual Reality would look like, and thank heavens it’s way better than we predicted. As cool as VR is, we do have concerns about how this will affect people’s wellbeing, especially children.

“The gap between ‘things that happen to my character’ and ‘things that happen to me’ is bridged,” Scott Stephen, a VR designer, told The New Yorker. “The way I process these scares is not through the eyes of a person using their critical media-viewing faculty but through eyes of I, the self, with all of the very human, systems-level, subconscious voodoo that comes along with that.”

Since virtual reality is relatively new, not many studies that have looked at VR’s effects on children, and the studies we have can’t determine the positive or negative affects just yet. One study showed that children were more likely to create a false memory under VR’s influence, but another study has shown its ability to reduce anxiety in children undergoing medical procedures. Time will tell when it comes to Virtual Reality and its scary apps.

So, is the future a technological genocide including killer robots that instead of taking lives, take all of our jobs? Maybe in a blockbuster movie, but not necessarily in our lifetime.

People inherently need to predict the course of tomorrow, which explains the popularity of futurists to psychics to horoscopes. We know these predictions are loose, but we love the idea of thinking we know what is instore for us.

Hilariously, despite the people we pay to predict the future, they are just as bad at predicting what’s to come as we are.

Even if these fears come to fruition, hey aren’t guaranteed to be as bad as predicted. Isn’t that how it normally goes? Automation could wipe out 70 million jobs, but as one door closes, a new window opens. Thes innovations could generate new jobs needing to be filled. Afterall, without technology, Rush Tech Support wouldn’t even exist!

Are your fears about technology keeping you up at night? Squelch those fears by calling us at Rush Tech Support, where we can guide you and teach you there’s nothing to fear about learning more about technology. We have real humans on the line, waiting for your call, and happy to help. Call us today at (844) 881-7874 or +18448817874.